This is a must read for evolutionists. This book is known for introducing the concept of gene-centric evolution, which was later on developed by Dawkins (the selfish gene). But it is much more than ... Read full review 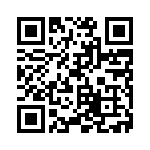