Max Cresswell taught philosophy at Victoria University of Wellington from 1963 to 1999, and has taught there again part-time since 2009. He has published over 150 articles and eleven books, including three widely used texts on modal logic with G. E. Hughes, and most recently, with Adriane Rini, The World-Time Parallel (Cambridge, 2012).

Edwin Mares is Professor of Philosophy at Victoria University of Wellington. His publications include Relevant Logic: A Philosophical Interpretation (Cambridge, 2004), A Priori (2011), and, with Stuart Brock, Realism and Anti-Realism (2007).

Adriane Rini is Associate Professor of Philosophy at Massey University, New Zealand. She is the author of Aristotle's Modal Proofs (2011) and, with Max Cresswell, The World-Time Parallel (Cambridge, 2012). 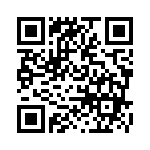