STACY GILLIS teaches at the University of Exeter.

PHILIPPA GATES is a doctoral candidate in Film Studies at the University of Exeter. 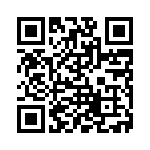