Harry E. Wedeck (1894–1996) was the author of several books about the unusual and otherworldly, including Dictionary of Astrology, Dictionary of Aphrodisiacs, A Treasury of Witchcraft, and Dictionary of Magic. He was incredibly prolific in the encyclopedias he compiled, which number twenty-two in total. Wedeck was also a linguistic scholar of the classics, an observer of spheres beyond the norm, and a practicing witch. He was the chairman of the department of classical languages at Erasmus Hall High School in Brooklyn and a professor at Brooklyn College. After retiring from full-time teaching, Wedeck lectured on medieval studies at the New School for Social Research until his death. 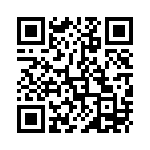