I dont know what more I can add to the pile of superlative reviews of this book so I will keep it short. It was highly recommended to me by the chef of a restaurant I worked at and when I finally ... Read full review

Fabulous informative book! This is more of a text on the history and lore of food than a cookbook. It is extremely wellwritten and well researched. The intelligent person with many interests not only in food will enjoy this read. Read full review

Harold McGee is a world-renowned authority on the science of food and cooking. He studied science and literature at Caltech and Yale, and has written two prize-winning books, On Food and Cooking and The Curious Cook, as well as many articles and reviews. He has been named food writer of the year by Bon Appétit magazine and to the Time 100, an annual list of the world’s most influential people. He lives in San Francisco. 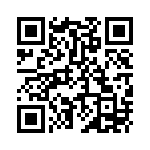