A book like no other. 270 one-page essays carefully outlining Minsky's theory of the mind. These range in topic and complexity from casual anecdotes and folk reasoning to dense, neologism-laden ... Read full review

For anyone interested in the nature of his or her mind and how it functions this is a basic book. Although decades have passed and much work has been done in the higher reaches of the theory and ... Read full review

Marvin Minsky is Toshiba Professor of Media Arts and Sciences, and Professor of Electrical Engineering and Computer Science at the Massachusetts Institute of Technology. His research has led to many advances in artificial intelligence, psychology, physical optics, mathematics, and the theory of computation. He has made major contributions in the domains of computer graphics, knowledge and semantics, machine vision, and machine learning. He has also been involved with technologies for space exploration.

Professor Minsky is one of the pioneers of intelligence-based robotics. He designed and built some of the first mechanical hands with tactile sensors, visual scanners, and their software and interfaces. In 1951 he built the first neural-network learning machine. With John McCarthy he founded the MIT Artificial Intelligence Laboratory in 1959. He has written seminal papers in the fields of artificial intelligence, perception, and language. His book The Society of Mind contains hundreds of ideas about the mind, many of which he has further developed in this book. 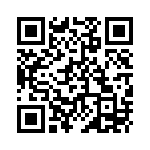