Dr Charlotte Frost is the Executive Director of Furtherfield, London's longest running art and technology centre. With a BA, PG Dip, MA and PhD in art history, contemporary and digital arts, and digital culture she has over 20 years' experience in arts research, publishing, curation, education, management, communications and marketing. Frost has held assistant professorships and research fellowships in Europe, the US and Asia and is the author of one book and countless chapters, articles, videos and podcasts on art and technology. She is the recipient of over Ł100,000 worth of individual research funding and her work is regularly shortlisted for writing and teaching awards. 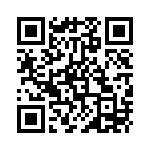