Cowper-Coles was the British Ambassador to Afghanistan from 2007-2009 and then the UK Foreign Secretary's Special Representative to Afghanistan and Pakistan. Using his diary, Foreign Office cables ... Read full review

Sherard Cowper-Coles is one of the most respected authorities on foreign affairs in the country. He has held a string of high-profile diplomat posts, both in the UK and overseas, most recently as the British Ambassador to Kabul and the Foreign Secretary's Special Representative for Afghanistan and Pakistan. 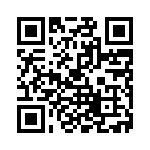