Mark Osteen is Associate Professor of English at Loyola College. He is the editor of DeLillo's White Noise: Text and Criticism, and author of The Economy of Ulysses: Making Both Ends Meet. 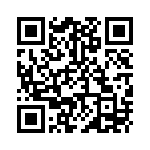