FROM SELMA TO SORROW: The Life and Death of Viola Liuzzo

From Selma to sorrow: the life and death of Viola Liuzzo

Freelance writer Stanton has produced the first full-length adult biography of Viola Liuzzo, a white Civil Rights worker who was murdered by the Ku Klux Klan in 1965, just a few hours after the Selma ... Read full review

Mary Stanton is a public administrator for The Town of Mamaroneck in Westchester County, New York. She has taught at the University of Idaho, the College of St. Elizabeth in New Jersey, and Rutgers University. Her work has appeared in Southern Exposure, Alabama Heritage, and the Gulf South Historical Review. Stanton is also the author of From Selma to Sorrow (Georgia) and Freedom Walk. 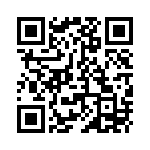