Joseph Mitchell came to New York City in 1929 from a small town in North Carolina. He was twenty-one years old. He worked as a reporter & feature writer--for "The World", "The Herald Tribune", & "The World Telegram"--for eight years, & then went to "The New Yorker", where he remained until his death in 1996. 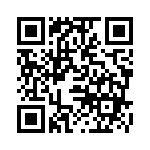