HAUTE CUISINE: How the French Invented the Culinary Profession

Trubek's slim overview of the French influence on culinary history suffers from the dry rhetoric of academese. Trubek dully and straightforwardly examines the development of the culinary profession ... Read full review

Haute cuisine: how the French invented the culinary profession

Trubek, an instructor at the New England Culinary Institute who has a background in anthropology, has given us an interesting account of the French contribution to the development of the culinary ... Read full review

Amy B. Trubek teaches at the New England Culinary Institute. 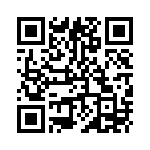