Very good book that contains a lot of historical facts, but not enough about slavery in Latin America and the Caribbean.

David F. Marley is a naval historian who has lived and traveled extensively in Latin America and Europe and currently resides in Canada. 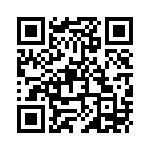