I heard about this book from Sean Lucas and his syllabus for the "American Presbyterianism" system-wide course at Reformed Theological Seminary. This is a fine historical study of a subject not often ... Read full review

David E. Swift is professor emeritus of religion at Wesleyan University and the author of Joseph John Gurney: Banker, Reformer, and Quaker. 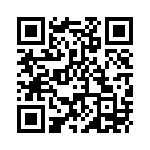