Nostradamus (1503–1566) was a French doctor, astrologer, and seer believed to have predicted major world events.

Stéphane Gerson (introducer) is an award-winning historian of modern France and the author of Nostradamus: How an Obscure Renaissance Astrologer Became the Modern Prophet of Doom. He teaches French history at New York University. 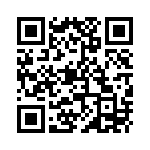