Since he was a baby, all the members of Maurice's family think he will take up their careers, until one day they discover he has a special gift of his own. Read full review

Maurice is born into a loving family with high hopes. They all dream of Maurice becoming just like them. Maurice grows up enjoying what his family does, but finds that his favorite thing is singing. And he is good at it. Read full review

Rebecca Bond was born in 1972 and raised in Peacham, Vermont. She received a degree in visual arts from Brown University in 1995. Her first picture book, Just Like a Baby, was published in 1999. She went on to write and illustrate nine more books including Bravo, Maurice!, The Great Doughnut Parade, Escape from Baxters' Barn, Out of the Woods: A True Story of an Unforgettable Event, and Belly of an Ox: The Unexpected Photographic Adventures of Richard and Cherry Kearton. She was also a senior designer at HMH Books for Young Readers. She worked there from 2008 and until her death. She died after a brief illness on August 2, 2017 at the age of 45. 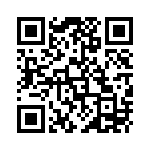