Brian Boyd is University Distinguished Professor of English at the University of Auckland. The world's leading scholar of Vladimir Nabokov, he is also the author of On the Origin of Stories: Evolution, Cognition, and Fiction.

Joseph Carroll is Curators' Professor of English at the University of Missouri, St. Louis. His book Evolution and Literary Theory is a founding text of literary Darwinism, and his collection of essays, Literary Darwinism: Evolution, Human Nature, and Literature, gave the field the name by which it is most commonly known.

Jonathan Gottschall teaches English at Washington and Jefferson College. He is the author of The Rape of Troy: Evolution, Violence, and the World of Homer and Literature, Science, and a New Humanities, and the coeditor of The Literary Animal: Evolution and the Nature of Narrative. 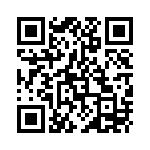