P l Kolst is Professor of Russian Studies at the University of Oslo. He has authored two books and a number of articles and book chapters on Russian politics, Russian history and nationalism. Previously, he was Researcher at the Norwegian Defense Institute, 1987-90, and Interpreter at the Norwegian-Soviet border, 1982-83.

His main research areas are nationalism, nation-building, ethnic conflicts, nationality policy in Russia, the former Soviet Union and the Western Balkans. He has published roughly 40 articles in English-language refereed journals in addition to numerous publications in other languages. He is the recipient of six large research grants to study nation-building and ethnic relations in the post-Soviet world and the former Eastern Europe.

Helge Blakkisrud is the Head of the Research Group on Russia, Eurasia and the Arctic, Norwegian Institute of International Affairs. Her main research areas are federalism and centre-region relations in the Russian Federation, nationalism and nation-building in Russia and Eurasia, including in Eurasian de facto states. She is editor in chief of the Nordic Journal for East European and Eurasian Studies (Nordisk stfroum). Previously, Helge was Fulbright Visiting Scholar at the Institute of Slavic, East European, and Eurasian Studies, UC Berkeley (2009-10) and lecturer at the OSCE Academy, Bishkek, Kyrgyzstan, since 2008. 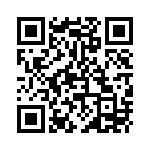