Former teacher, social worker and lecturer, Jeremy Seabrook has worked as a writer and journalist for 25 years, both in the UK and India. He has written plays and features for the theatre, TV and radio. He has also written widely on development issues, especially migration and urbanization in the South.He has worked closely with a number of non-government organizations in South and South East Asia, including the Consumers' Association of Penang, Arban and Proshika in Bangladesh. He currently contributes to New Internationalist, Race and Class, The Ecologist, and he writes regularly for Third World Network in Malaysia.His recent books include:Freedom Unfinished: Fundamentalism and Popular Resistance in Bangladesh Today (Zed Books)The Myth of the Market (Green Books)Travels in the Skin Trade (Pluto Press)Notes from Another India (Pluto Press)Victims of Development (Verso)In the Cities of the South (Verso)Colonies of the Heart (a novel) (GMP). 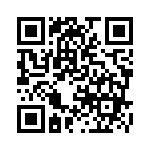