this is a very interesting article. please note the following error
ON page Xlii you have the name wrong you have Terrell Davis its Terrell Owens

John Grasso, an Olympic historian and Treasurer of the International Society of Olympic Historians, has written on boxing, wrestling, basketball, tennis, and football and has traveled extensively—visiting more than 40 countries and attending eight Olympics Games.

Eric R. Hartman is a bowling connoisseur, who has followed professional bowling as a casual observer for years. His interest was ignited after watching Pete Weber's memorable win at the 2012 U.S. Open. His other sports interests include golf, baseball, and ice hockey, with particular attention to Detroit's many professional teams. 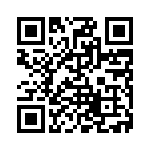