Professor Bloom is sometimes pooh-poohed for his support of the Western Canon, but for those not immersed in the humanities, the book is likely to be a signpost to a deeper understanding of literature ... Read full review

As erudite and unapologetically snobby as I expected. I probably would have been better off reading the books Bloom discusses, but that may have been his point. Read full review

Harold Bloom is Sterling Professor of Humanities at Yale University, Berg Professor of English at New York University, and a former Charles Eliot Norton Professor at Harvard. His more than twenty books include Shakespeare: The Invention of the Human, The Western Canon, The Book of J, and his most recent work, Stories and Poems for Extremely Intelligent Children of All Ages. He is a MacArthur Prize fellow; a member of the American Academy of Arts and Letters; the recipient of many awards, including the Academy's Gold Medal for Criticism; and he holds honorary degrees from the universities of Rome and Bologna. 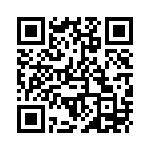