A friend gave me the set of these books, and I finally got around to reading the first one, for the second time. The children in the Murray family encounter a strange set of ladies who eventually lead ... Read full review

Thoroughly enjoying this timeless classic, which I've never read! Now I have to reread Rebecca Stead's When You Reach Me because A Wrinkle in Time plays some role in the book that I can't remember. Read full review

Author Madeleine L'Engle was born in New York City on November 29, 1918. She graduated from Smith College. She is best known for A Wrinkle in Time (1962), which won the 1963 Newbery Medal for best American children's book. While many of her novels blend science fiction and fantasy, she has also written a series of autobiographical books, including Two Part Invention: The Story of a Marriage, which deals with the illness and death of her husband, soap opera actor Hugh Franklin. In 2004, she received a National Humanities Medal from President George W. Bush. She died on September 6, 2007 of natural causes. Since 1976, Wheaton College in Illinois has maintained a special collection of L'Engle's papers, and a variety of other materials, dating back to 1919. 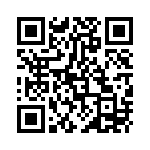