If you are curious about any aspect of warfare that falls within the chronological and geographic scope of this book, you will either find what you want to know within its pages or remain forever ... Read full review

Enjoyed researching the data listed in this unique book and would recommend it as a valuable addition
for those interested in the ancient past and history.
Great source of information and inspiration for all researchers on the near east and a worthy addition to
all historians bookshelf...
by
D.BUCKLEY
www.thehistorywriters.net

William J. Hamblin is Associate Professor at Brigham Young University, Utah. He has written and taught on both the ancient near east and on the same region in the middle ages. 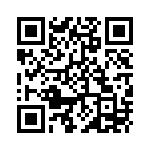