A glance at this book might make you think it is "coffee table" material--and it is. It is not, however, just another pretty face. Old and new photographs and illustrations complement Patrick ... Read full review

Patrick T. McBriarty is a writer and creative producer based in Chicago. A successful businessperson, he worked many years in manufacturing including partnership in a small manufacturing company and SAP consulting. He has co-produced, with Stephen Hatch, the documentary film Chicago Drawbridges. 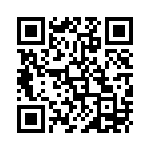