Ethnonationalism: the quest for understanding

To repeat a too frequently heard refrain, this book is composed of a set of truly outstanding essays written by the man almost single-handedly responsible for creating the subfield of political ... Read full review

Walker Connor is the John R. Reitemeyer Professor of Political Science at Trinity College in Hartford, Connecticut. Among his works is The National Question in Marxist-Leninist Theory and Strategy (Princeton). 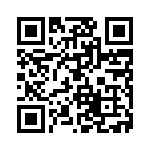