Tim Dyson is Professor of Population Studies at the Development Studies Institute at the London School of Economics. Educated in England and Canada, he has held visiting positions at the Australian National University in Canberra, the International Institute of Population Sciences in Mumbai, and the American University of Beirut. Between 1994 and 1996 he was President of the British Society for Population Studies, and in 2001 he was elected a Fellow of the British Academy. Robert Cassen is Visiting Professor at the London School of Economics. He has held positions at Queen Elizabeth House and St. Antony's College at the University of Oxford, the Institute of Development Studies at the University of Sussex, and the World Bank. Leela Visaria is Professor at the Gujarat Institute of Development Research, Ahmedabad. She has been an Associate Professor at the Sardar Patel Institute of Economic and Social Research in Ahmedabad, a research demographer at the Population Reference Bureau in Washington DC, and a demographer at the Economic and Social Commission for Asia and the Pacific (ESCAP) in Bangkok, Thailand. 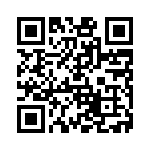