Sappho, whom Plato (see Vols. 3 and 4) called "the tenth Muse," was the greatest of the early Greek lyric poets. She was born at Mytilene on Lesbos and was a member---perhaps the head---of a group of women who honored the Muses and Aphrodite. Her family was aristocratic; it is said that she was married and had a daughter. Her brilliant love lyrics, marriage songs, and hymns to the gods are written in Aeolic dialect in many meters, one of which is named for her---the Sapphic. Mostly fragments survive of the nine books she is thought to have authored. Her verse is simple and direct, exquisitely passionate and vivid. Catullus, Ovid, and Swinburne (see Vol. 1) were among the many later poets she influenced. 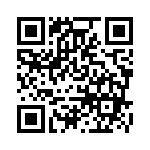