Lucy Stone: speaking out for equality

Kerr, who holds a Ph.D. in American Studies, has written an excellent biography and the first scholarly treatment of Stone, one of the first female public speakers and advocates for abolition and ... Read full review 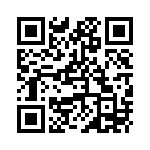