Annemarie Schimmel is Professor of Indo-Muslim Culture at Harvard University, and author of numerous books on Islamic literature, culture, and religion. This work is a descriptive study of folklore ... Read full review

Annemarie Schimmel is Professor of Indo-Muslim Culture at Harvard University. A widely-respected scholar of the Near East, she has written numerous books on Islamic literature, religion, and culture. 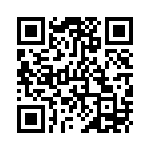