Reinforced what I already knew. It's plain damn wrong to remove a functional healthy organ from a human child of any sex without their consent. I learned a few more facts along the way as well. Not sure what the lady is rattling on about because she isn't specific. Sounds more like a very rudely awakened person who refuses to accept the facts in this book and the real world where people with a penis aren't forced into genital mutilation that leaves them robbed of pleasure, protection and function.
Seriously, if you're denying things after this book, you need a grand wake up slap for all the children's trauma you advocate for. They don't forget. They get on to be mutilated and regretful adults. This isn't about YOU, seriously.
IT'S ABOUT THE FUTURE. CHILDREN. WHO WILL BECOME ADULTS.

Paul M. Fleiss was born in Detroit, Michigan on September 8, 1933. He trained as a pharmacist and osteopath. He moved to Los Angeles after a law was passed in California in the early 1960s allowing an osteopath to convert to an M.D. degree. He took his residency in pediatrics at Los Angeles County-USC Medical Center. He pleaded guilty in 1995 to conspiring to hide profits made by his daughter, convicted "Hollywood madam" Heidi Fleiss. He was sentenced to three years' probation, 625 hours of community service and a fine of $50,000. He was the author or co-author of several books including Sweet Dreams, Your Premature Baby Comes Home with Juliette M. Alsobrooks, and What Your Doctor May Not Tell You about Circumcision with Frederick M. Hodges. He was still practicing medicine when he died on July 19, 2014 at the age of 80. 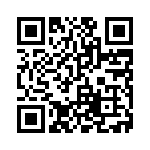