Rob McCormick is Associate Professor of History at the University of Carolina, USA, and Chair of the Department of History, Political Science, Philosophy and American Studies. 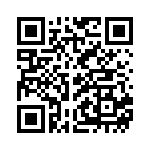