The title is a pretty good descriptor. I've been wanting to read more economic literature lately and this was one a lot of people suggested (especially in the libertarian and Austrian economic camps ... Read full review

Calling this a lesson in economics is blatantly deceptive. This is a polemic against government intervention in the economy. As a student in economics I found the use of this title for something ... Read full review

Henry Hazlitt (1894-1993), was a libertarian philosopher, an economist, and a journalist. He was the founding vice-president of the Foundation for Economic Education and an early editor of The Freeman magazine, an important libertarian publication.  Hazlitt wrote Economics in One Lesson, his seminal text on free market economics, in 1946, bringing his ideas and those of the so-called Austrian School to the American scene. His work has influenced the likes of economist Ludwig von Mises, novelist and essayist Ayn Rand, and 2008 Libertarian Party Presidential nominee and congressman, Ron Paul. Hazlitt has been cited as one of the most influential literary critics and economic writers of his time. 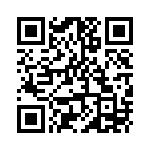