Viđar Hreinsson grew up on a farm in Northern Iceland and studied Icelandic and literary theory in Iceland and Copenhagen. He is an independent literary scholar at the Reykjavik Academy and has taught and lectured on various aspects of Icelandic literary and cultural history both in Iceland and abroad, in Canada, USA and Scandinavia. General Editor of The Complete Sagas of Icelanders I-V (1997), he has also authored an award-winning two-volume biography of Icelandic Canadian poet Stephan G. Stephansson (2002-3). More recently, he has been an environmental activist, written two additional biographies and served as director of the Reykjavík Academy. 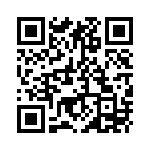