A Pirate of Exquisite Mind says it all, Dampier straddled 16th century privateers like Francis Drake, and enlightened explorers of the 18th century like Captain Cook, a bit of both. This book was ... Read full review

A decent overview of the life of William Dampier, who could indeed be described as a pirate, explorer, naturalist, &c. given all the various and disparate things that he managed to do during his career. A bit overly digressive at times, but other than that, a good read. Read full review

Born and raised in London, Diana Preston studied Modern History at Oxford University, where she first became involved in journalism. After earning her degree, she became a freelance writer of feature and travel articles for national UK newspapers and magazines and has subsequently reviewed books for a number of publications, including The Wall Street Journal and The Los Angeles Times. A Pirate of Exquisite Mind: Explorer, Naturalist and Buccaneer: The Life of William Dampier (Walker & Company, April 2004) is a new biography of the 17th-century British explorer, naturalist, scientist, pirate and buccaneer William Dampier coauthored by Diana and her husband, Michael Preston. 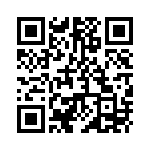