The fact that there in MERELY a sentence about the second author; living in Jerusalem, and non-accessibility of this book even at reserve section of libraries, hence coercing students to purchase it, speaks of the true nature of zionists.

Andrew Fraknoi is the Chair of the Astronomy Department at Foothill College near San Francisco, where his courses are taken by about 900 students per year. He is also Director of Project ASTRO at the Astronomical Society of the Pacific, a national program that forms partnerships between volunteer astronomers and school teachers in their communities. From 1978 to 1992 he was Executive Director of the Society, as well as Editor of MERCURY Magazine and the UNIVERSE IN THE CLASSROOM Newsletter. He has taught astronomy and physics at San Francisco State University, Ca?ada College, and the University of California Extension Division. He is co-author and editor of THE UNIVERSE AT YOUR FINGERTIPS and MORE UNIVERSE AT YOUR FINGERTIPS, two widely used collections of astronomy teaching activities and resources. In the 1980's, he was scientific editor of THE PLANETS and THE UNIVERSE, two collections of science articles and science fiction stories. For five years he was the lead author of a nationally syndicated newspaper column on astronomy, and he appears regularly on radio and television explaining astronomical developments. With Sidney Wolff, he is co-editor of ASTRONOMY EDUCATION REVIEW, a new on-line journal/magazine for those working in space science education. (http://aer.noao.edu) In addition, he has organized three national symposia on teaching introductory astronomy at the college level, and over 20 national workshops on improving the way astronomy is taught in earlier grades. He has received the Annenberg Foundation Prize of the American Astronomical Society and the Klumpke-Roberts Prize of the Astronomical Society of the Pacific for his contributions to the public understanding of astronomy. Asteroid 4859 was named Asteroid Fraknoi in 1992 in recognition of his work in astronomy education.

David S Morrison CA, FTIA, Barrister-at-law is senior lecturer in law in the TC Beirne School of Law, Faculty of Business, Economics and Law, The University of Queensland. He holds Commerce and Laws degrees, a Masters of Financial Management, Masters of Laws, PhD and a Graduate Certificate in Tertiary Education (UQ). The author of eight books including Taxation Law - in principle, Introduction to Taxation Law, and co-author of Crutchfield's Corporate Voluntary Administration, he has published over 40 articles in refereed journals and chapters in books. Foundation Director of the Australian Centre for Commerce and Taxation and member of the Assets and Ageing Research Program, Dr Morrison acknowledges the support of the Australian Research Council. David serves on various Taxation Institute of Australia committees, including the Education, Examinations and Quality Assurance Board at national level and Queensland State Council. He also serves on the Taxation Committee and the Insolvency Committee of the Business Law Section for the Law Council of Australia.

Sidney C. Wolff received her Ph.D. from the University of California at Berkeley and then joined the Institute for Astronomy at the University of Hawaii. During the 17 years she spent in Hawaii, the Institute for Astronomy developed Mauna Kea into the world's premier international observatory. She became Associate Director of the Institute for Astronomy in 1976 and Acting Director in 1983. During that period, she earned international recognition for her research, particularly on stellar atmospheres and how they can help us understand the evolution, formation, and composition of stars. In 1984, she was named Director of the Kitt Peak National Observatory and in 1987 became Director of the National Optical Astronomy Observatories. She was the first woman to head a major observatory in the United States. As Director of NOAO, she and her staff oversaw facilities used annually by nearly 1000 visiting scientists. During its early phases, she was Director of the Gemini Project, which is an international program to build two state-of-the-art 8m telescopes. She is currently on the scientific staff of the National Optical Astronomy Observatories where she is serving as project scientist for the Large Synoptic Survey Telescope. She has served as President of the American Astronomical Society. She is also a member of the Board of Trustees of Carleton College, a liberal arts school that excels in science education. With Andrew Fraknoi, she is founding editor of the Astronomy Education Review, an electronic journal devoted to education in astronomy and space science. The author of more than 70 professional articles, she has written a monograph, The A-Type Stars: Problems and Perspectives, as well as several astronomy textbooks. 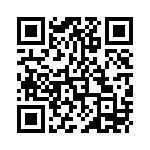