The bible for identification - but like that other volume it may need interpretation. Authoritative, but very dense. 4,800 species described.; Botany Study Day Read full review

Clive Anthony Stace BSc, PhD, DSc graduated from the University of London in 1959 and gained his doctorate at the Natural History Museum London in 1963. For the next 41 years he carried out research and teaching in the Universities of Manchester and Leicester, where he is now Emeritus Professor of Plant Taxonomy. His research mainly involved the taxonomy, biosystematics and cytogenetics of western European flowering plants. He has been a keen field botanist for over 60 years, and field-work was an important part of both his research and teaching programmes. He was President of the Botanical Society of the British Isles 1987-89. He has produced about 200 scientific papers and books, including Hybridization and the Flora of the British Isles (1975), Plant Taxonomy and Biosystematics (1980, 1989) and Interactive Flora of the British Isles (2004). He was elected Honorary Fellow of the Linnean Society in 2004. 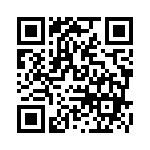