Chang-Tsun Li received the B.E. degree in electrical engineering from Chung-Cheng Institute of Technology (CCIT), National Defense University, Taiwan, in 1987, the MSc degree in computer science from U. S. Naval Postgraduate School, USA, in 1992, and the Ph.D. degree in computer science from the University of Warwick, UK, in 1998. He was an associate professor of the Department of Electrical Engineering at CCIT during 1998-2002 and a visiting professor of the Department of Computer Science at U.S. Naval Postgraduate School in the second half of 2001. He is currently Professor of the Department of Computer Science at the University of Warwick, UK, a Fellow of British Computer Society, the Editor-in-Chief of the International Journal of Digital Crime and Forensics, an editor of the International Journal of Imaging (IJI) and an associate editor of the International Journal of Applied Systemic Studies (IJASS) and the International Journal of Computer Sciences and Engineering Systems (IJCSE). He has involved in the organisation of a number of international conferences and workshops and also served as member of the international program committees for several international conferences. He is also the coordinator of the international joint project entitled Digital Image and Video Forensics funded through the Marie Curie Industry-Academia Partnerships and Pathways (IAPP) under the EU s Seventh Framework Programme from June 2010 to May 2014. His research interests include digital forensics, multimedia security, bioinformatics, computer vision, image processing, pattern recognition, evolutionary computation, machine learning and content-based image retrieval.

Anthony T.S. Ho joined the Department of Computing, School of Electronics and Physical Sciences, University of Surrey in January 2006. He is a Full Professor and holds a Personal Chair in Multimedia Security. He was an Associate Professor at Nanyang Technological University (NTU), Singapore from 1994 to 2005. Prior to that, he spent 11 years in industry in technical and management positions in the UK and Canada specializing in signal and image processing projects relating to subsurface radar, satellite remote sensing and mill-wide information systems. Professor Ho has been working on digital watermarking and steganography since 1997 and co-founded DataMark Technologies (www.datamark-tech.com) in 1998, one of the first spin-out companies by an academic at NTU and one of the first companies in the Asia-Pacific region, specializing in the research and commercialization of digital watermarking technologies. He continues to serve as a non-executive Director and Consultant to the company. [Editor] 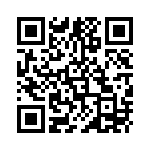