Great Expectations was assigned reading when I was in ninth grade. I thought it was the most dreary thing I had ever read. Sensing that the memories from my youth might be mistaken, I tried again. I ... Read full review

The book is high quality and contains a lot of information in the start of it. I wanted a copy to have that reflected the classic book and I beliebe this copy does. Read full review

An English writer and social critic. Charles created some of the world's best-known fictional characters and is regarded by many as the greatest novelist of the Victorian era. His works enjoyed unprecedented popularity during his lifetime, and by the twentieth century critics and scholars had recognised him as a literary genius. His novels and short stories enjoy lasting popularity 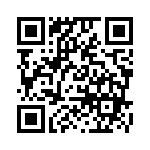