Diary of a Stage Mothers Daughter

The memoir by Melissa Francis was interesting reading of a charmed life filled with fun humour and tragic circumstances. Her story was great reading especially the parts in San Francisco. Read full review

DIARY OF A STAGE MOTHER'S DAUGHTER: A Memoir

Chilling memoir by a Fox Business Network anchor and child star chronicles the misery of growing up with a cruel, controlling and abusive stage mother.Francis' narrative grabs readers immediately. She ... Read full review

Melissa Francis is an anchor, inspirational speaker, and host on the Fox Business Network and Fox News Channel, and a regular contributor on financial, economic, and political issues on shows such as The Five, Outnumbered, Happening Now, and America's Newsroom. Prior to her role at Fox, Melissa spent nine years at CNBC anchoring Power Lunch, The Call, and On the Money. She co-hosted It's the Economy on MSNBC with Contessa Brewer. She contributed to the Today Show, NBC Nightly News, and Weekend Today.

As an actress she appeared in numerous motion pictures, television series, and commercials. She is best known for her role of Cassandra Cooper Ingalls on Little House on the Prairie.

Melissa grew up in Los Angeles and earned an honors degree in Economics from Harvard University. She now lives in Manhattan with her husband and three children. 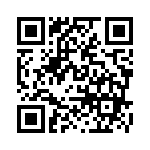