This is a 3 part novel, composed of 2 novellas previously published. In a far future, the religious people of humanity have settled a single planet and built fully aware, highly advanced cities ... Read full review

Hmmm not the best Bear book. I found the religious aspect confusing and upon reaching the end I was left feeling not quite sure what happened! The big problem with this book is there's no main central ... Read full review

Greg Bear was born in San Diego, California, on August 20, 1951. He received a Bachelor of Arts degree from San Diego State University in 1973. At age 14, he began submitting pieces to magazines and at 15 he sold his first story to Robert Lowndes' Famous Science Fiction. It would be five years before he sold another piece, but by 23 he was selling stories regularly. He has written more than 30 science fiction and fantasy books and has won numerous awards for his work. In 1984, Hardfought and Blood Music won the Nebula Awards for best novella and novelette; Blood Music went on to win the Hugo Award. The novel version of that story, also called Blood Music, won the Prix Apollo in France. In 1987, Tangents won the Hugo and Nebula awards for best short story. He also won a Nebula in 1994 for Moving Mars and in 2001 for Darwin's Radio. Both Dinosaur Summer and Darwin's Radio have been awarded the Endeavour for best novel published by a Northwest science fiction author. He is also an illustrator and his work has appeared in Galaxy, Fantasy and Science Fiction, and Vertex, and in both hardcover and paperback books. He was a founding member of ASFA, the Association of Science Fiction Artists. His works include City at the End of Time, Hull Zero Three, The Mongoliad, Mariposa, Halo: Cryptum, Halo: Primordium and Halo: Silentium. 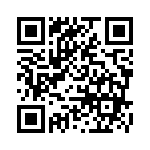