Geneva Grace Stratton was born on a farm in Wabash County, Indiana in 1863. Stratton attended public schools. At an early age she roamed the countryside and developed a lively interest in nature and wildlife. In 1874 the family moved to the city of Wabash. She stayed in school until she was almost twenty, but did not receive a high school diploma. After an accident Stratton met during her recovery Charles Darwin Porter, a pharmacist from Geneva. He was 13 years her senior, but they were married in 1886. After oil was discovered on some farmland Mr. Porter owned, the Porters built a large house on the edge of the Limberlost swamp, a natural preserve for wild plants, moths, and birds. Stratton-Porter began to photograph birds and animals of the Swamp. Her early photographs appeared in the magazines Recreation and Outing. In 1901 she published her first piece of fiction in Metropolitan magazine. Stratton-Porter made her debut with The Song of the Cardinal. The next story, Freckles, about an orphan who gets a job as a timber guard in Limberlost, became a success. The book was made into a film in 1935 and 1960. During World War I Stratton-Porter moved to California. She wrote editorials for McCall's magazine and founded in 1922 Gene Stratton Porter film company to produce movies of her books. Stratton-Porter died on December 6, 1924, in Los Angeles, from injuries following a traffic accident when her limousine was hit by a trolley car. She was buried in Hollywood Cemetery in California. Her book, The Keeper of the Bees was posthumously published. The book was filmed in 1935. 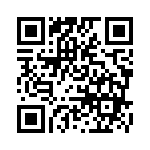