An absolutely terrific biography, obviously well researched and equally well written. Although this book is a favorable portrait, it clearly shows the man's flaws. Highly recommended, though I'm sure ... Read full review

Dickson (The Unwritten Rules of Baseball, 2009, etc.) delivers an engaging biography of Bill Veeck (1914-1986), an innovative, irascible and progressive gadfly within the staid world of baseball.For ... Read full review

Paul Dickson is the author of several classic baseball books, including The Dickson Baseball Dictionary, The Unwritten Rules of Baseball, The Hidden Language of Baseball, and The Joy of Keeping Score. He is also the author of the classic narrative history Sputnik: The Shock of the Century, and the co-author of the acclaimed The Bonus Army: An American Epic. He lives in Garrett Park, Maryland. 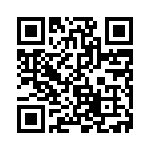