Gonzalo Lamana is Assistant Professor of Hispanic Languages and Literatures at the University of Pittsburgh. 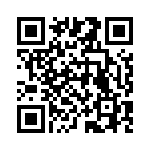