this book is a book of dr jose rizal

The sequel to Rizal's masterpiece it stands as the most subversive work of them all!!! Read full review 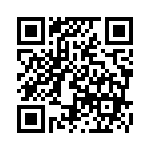