3 pages matching Brooklyn to Manhattan in this book

Oh Fathers, forgive me, for I have sinned! I've wanted to indulge and drink in the shining baroque myths of Hart Crane for so long. I've only done so now, after watching the James Franco film a while ... Read full review

Crane’s poetry is as enigmatic as it is delightful. As a precursor to the so-called Symbolists, he displays a skill unmatched in his time. This short volume takes the reader on a journey—a journey that changes with each reading. Recommended for anyone trying to get away from the simpler poets. Read full review

Born in Ohio, Hart Crane's early life was filled with change and trauma. His family's many moves and his parents' divorce turned him to writing at age 13. In 1923, Crane moved to New York, where he published his first book of poetry, White Buildings, in 1926. In 1930 he published The Bridge, considered by most to be his best work. That same year he won the Levinson Prize from Poetry Magazine; he was awarded a Guggenheim Fellowship in 1931. Crane's life ended in 1932 when he committed suicide by drowning. He jumped from a ship as he was returning to the United States from a trip to Mexico. 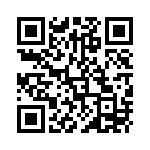