Luisa Gandolfo is Postdoctoral Research Fellow in the School of Government and International Affairs, Durham University. She holds a PhD in Arab and Islamic Studies from the University of Exeter. 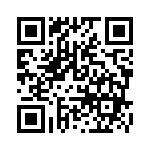