I happen to agree with Ms. Ehrenreich on 99% of points, but her writing style at times rubbed me the wrong way, especially when she was deriding people for believing in God. I am sure a lot of the ... Read full review

Barbara Ehrenreich is the bestselling author of Nickel and Dimed, Bait and Switch, Bright-sided, Dancing in the Streets and Blood Rites, among others. A frequent contributor to Harper's and The Nation, she has also been a columnist at The New York Times and Time magazine. She is the winner of the L.A. Times Book Prize for Current Interest and ALA Notable Books for Nonfiction. Ehrenreich was born in Butte, Montana, when it was still a bustling mining town. She studied physics at Reed College, and earned a Ph.D. in cell biology from Rockefeller University. Rather than going into laboratory work, she got involved in activism, and soon devoted herself to writing her innovative journalism. She lives and works in Florida. 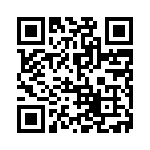