Philip Cracknell was posted to Hong Kong in 1985 whilst working for the UK subsidiary of a major New York bank. He developed an interest in Hong Kong’s military history. His archival research was conducted in London and Hong Kong. Living in Hong Kong, he was able to spend a considerable amount of time on the battlefields. He conducts battlefield tours for the Hong Kong Club, Royal Asiatic Society, veterans, schools and charities. He has a blog, battleforhongkong.blogspot.hk, on military history with a special focus on the events in Hong Kong during December 1941. He is the author of 'Battle for Hong Kong 1941'. 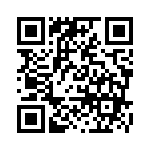