If you have not had the chance to meet Frankie in person this is a great way to get to know the man who many swing dancers as myself has grown to love and admire. In person you would not see a 93 year ... Read full review

"I never thought I was anything special. I just had a lot of ideas that I liked trying out." So says Manning, now 92, in this recounting of his experiences dancing at the Savoy Ballroom in Harlem, NY ... Read full review

Lindy hopper Frankie Manning won a 1989 Tony Award for his choreography in Black and Blue, was honored by the National Endowment for the Arts with a National Heritage Fellowship, and served as a consultant for and danced in Spike Lee's Malcolm X and Debbie Allen's Stompin' at the Savoy. Frankie's choreographic contributions to the lindy, his professional dance career with Whitey's Lindy Hoppers and the Congaroo Dancers, and his vital role in the swing dance revival have been widely chronicled in the news media, books, and documentaries, including Ken Burns's Jazz and an ABC News 20/20 profile. Now in his nineties, Frankie travels the world teaching the Lindy hop and sharing his riveting memories of dancing through the swing era.

Cynthia R. Millman taught dance and performed for over twenty-five years, including five years with the Big Apple Lindy Hoppers. She has studied and partnered with Frankie, and lectures with him on the history of the Lindy. A librarian at The Town School in Manhattan, Cynthia has contributed articles to Dance Magazine and The International Encyclopedia of Dance, and has served as a dance consultant on several documentaries. 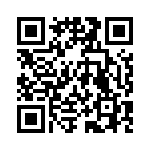