Marianna Di Paolo is Associate Professor of Linguistics at the University of Utah.

Arthur K. Spears is Professor and Chair in the Anthropology Department at City College, the City University of New York. 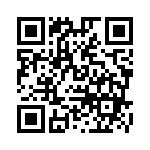